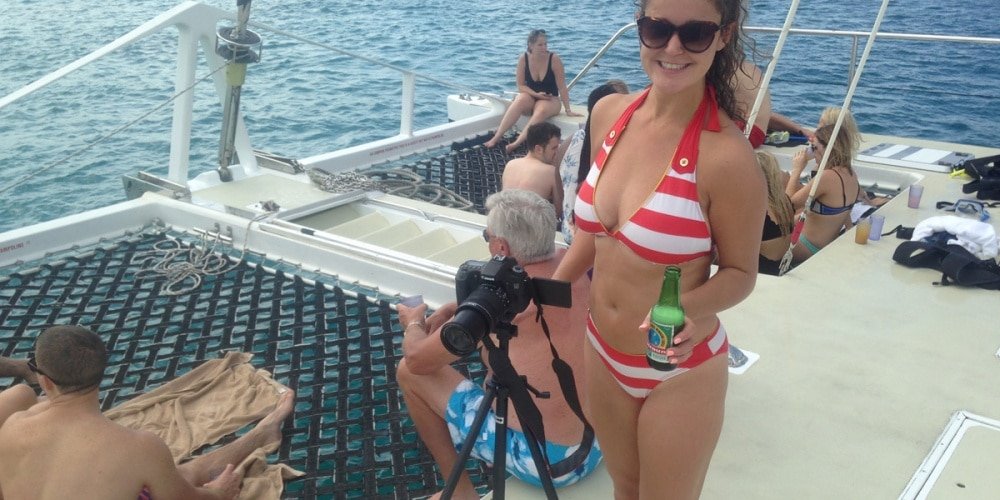 Sally has been racking up the air miles lately travelling to the Caribbean for the Sun Newspaper to celebrate the 50th anniversary of independence for Barbados. It’s mainly at events centred on their annual food and rum festival.

The film element is mainly aboard the world-famous ‘Atlantis Submarine’ where Sally is served dinner 150′ below the sea while the submarine rests on the sea bed!

Back on the surface, she manages to get time in for sailing and catching the sun during her weeks stay.

The article was featured in a double-page spread in the newspaper – here’s a link to the Online version.

Sally is just one of many travel writer and presenter experts in the team many who have worked for cruise lines, travel organisations and are travel journalists. They’re all searchable using the search tool on the website, so you can easily and intuitively find just the right presenter for your project.

Take a look at the video, and see how Sally’s sunny personality simple shines through!

To hire one of our travel writer and presenters,  TV Commercial Actors or a live host, product demonstrator, presenter, or to present your video contact us.