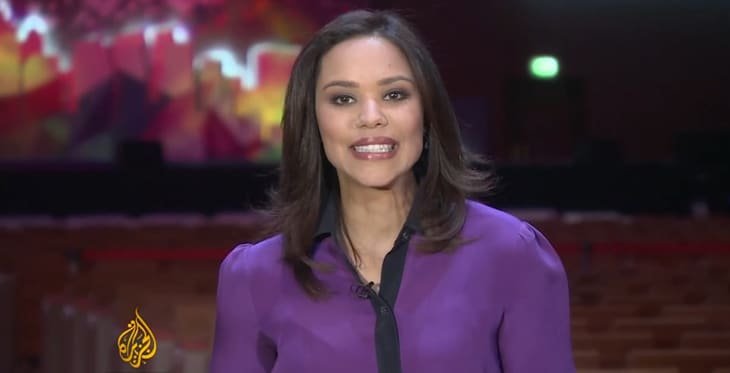 International Middle East journalist, Qatar based Dareen Abughaida is one of the principal anchors at Al Jazeera English. She is a widely experienced journalist across the international agenda, Dareen hosts Al Jazeera’s flagship programmes including The Newshour and Inside Story and is now available from Great British Presenters for a wide range of corporate work including moderating, chairing debates live event hosting and so on

Among the many major news events, Dareen has covered – Brexit, the death of Muhammad Ali, the resignation of Pope Benedict, Malaysia Airlines crash MH370, and the Palestinian- Israeli conflict.

Dareen was also instrumental in the network’s coverage of the Arab Spring and continues to cover the aftermath.

She is also in demand as a moderator and conference host. She has moderated panels and events in the Middle East and around the world.

Clients have included the World Bank, the UN, Qatar Airways and the World Media Summit.

Educated in Canada, Dareen has also been an anchor for Bloomberg, CNBC and Dubai TV.

International Middle East journalist Dareen is largely based in the Middle East for Al Jazeera but travels frequently around all the main EMEA area for work, so she can be as flexible as possible when taking on assignments. Do get in touch if you’d like to book her as a host for your event and we can discuss diary dates and locations in detail.