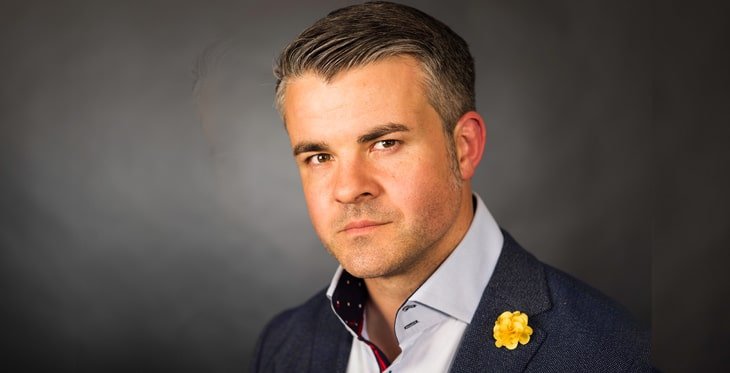 Keith is a highly experienced media professional who was called on at only a few days notice to present an online web video for UK satellite organisation Immarsat recently.

Firstly though, he had to jet off to Schipol Airport as the entire shoot was on the ground in the Netherlands, followed by some executive jet action 25,000 feet in the air for a really exciting video demonstrating live how air travellers will be able to access high-speed internet services in aircraft.

“The job was to film the testing of a new very fast internet service for the aviation industry called, EAN, ‘European Aviation Network’
After a detailed safety and route briefing, we boarded the small 6 seater jet and took off heading for France. We were in the air for just over an hour during which time I was filmed Face-Timing my wife back in Canterbury having a business meeting with several clients back on the ground, shooting a video and then uploading it to Facebook, streaming Netflix in HD and playing various interactive Internet-based games – all of this whilst cruising at 35,000 feet over the French and Dutch countryside.
The speed was incredible and the connection was better than my home fibre optic broadband!”

He’s also a very talented interviewer, having worked with some of the biggest names in the entertainment industry adding a touch of humour whilst keeping the integrity of the message the client demands.

Keith is good. Really Good. To find out, play his current showreel below…