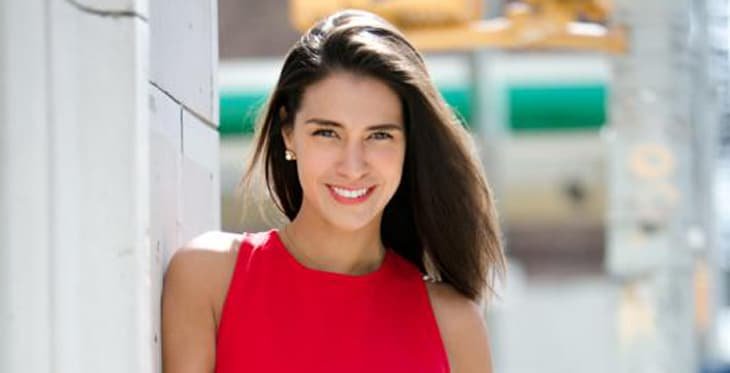 One of our most popular multi-lingual presenters is Johanna, currently in the green screen studio for a Video On Demand South American TV station. This particular shoot is for a series for overseas students presenting in her native South American Spanish accent.

Fresh from her trip to California alongside Gethin Jones (who can be found on our Great British Speakers site), Johanna has been in the studio presenting in her native South American Spanish for a show called La Lista, which is a countdown show for the best short films. It airs in Latin America shortly.

She was then back across London to present a series on online e-learning programmes for the finance industry, again for distribution in South America.

Also on set was Michel our London based Arabic presenter fronting the same set of videos for the Middle Eastern market.