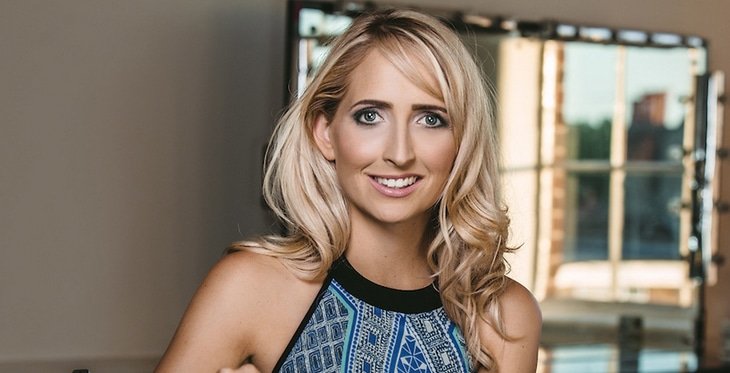 Kiri has so much to offer, we’ve split her work into two different showreels, corporate and sports. Kiri has been a member of the Great British Presenters team since we started and always gets rave reviews from clients.

Female Motorsports Presenter Kiri is an English and New Zealand television presenter and broadcast journalist with over a decade of TV experience.

She has interviewed the likes of Amir Khan, James Degale, Perri Shakes Drayton, Max Whitlock and Gail Emms, as well as a whole host of Olympic athletes, and no stranger to the red carpet being celebrity reporter for Fashion One TV show ‘Front Row’.

Female Motorsports Presenter Kiri grew up in a motorsport mad family and her love of it has taken her reporting all over the world including the World Rally Series, the World Rally Cross and Ken Blocks UK Gymkhana Grid, both broadcast on worldwide channels.

Currently, Kiri is a pit-lane reporter for the GT Cup series in the UK and a recognised expert and professional in the motorsport industry.

She is also an established name in the fashion and entertainment industry. She has most recently appeared on E! The Royals and was a lead reporter for TLC at the Royal wedding of the Duke and Duchess of Cambridge.

An accomplished writer, Kiri attended the London School of Journalism. She writes regularly for VIVA lifestyle magazine and her blog – Kiri on a screen near you.

Below is her corporate demo:

And here is her sports demo reel:

Kiri is one of a number of motoring presenters we have on the talented team at Great British Presenters. They include BBC TV TV’s Rory Reid, former World Rally Driver Penny Mallory, Marc Priestley and the ‘Original STIG’ Perry McCarthy

To hire Female Motorsports Presenter Kiri as a live host, product demonstrator, presenter, or to present your video contact us.